Journalist Jan Aage Fjortoft has hinted that Liverpool are in the race to sign Dayot Upamecano this summer.

The £54million-rated centre-back has been tipped to join the Reds a number of times in recent months, with a January move mooted.

It doesn’t appear as though RP Leipzig will let him go before the end of the season, however, especially as they face Liverpool in the Champions League last-16.

On Tuesday, Fjortoft responded to a tweet linking Chelsea and Bayern Munich with a move for Upamenano, saying, “I would not leave out Liverpool either”:

I would not leave out Liverpool either ….

Player got a release clause of 42 million euro.
Transfer won’t happen this window. Most likely after the season https://t.co/qMgSI0fneC

At a time when some footballers arguably cost more than they are actually worth, Upamecano could be a bargain signing in the summer.

He has a release clause of just £42million in his Leipzig contract, which looks almost certain to be triggered by someone.

Upamecano is already a star man for one of the Bundesliga’s powerhouse sides, starting 14 of his team’s 15 league games this season.

He has enjoyed an 88.8 percent pass completion rate in that time, showing that he could succeed in a Liverpool team who adopt a ball-playing style.

At just 22, he also represents the future and should only continue to improve as a centre-back. 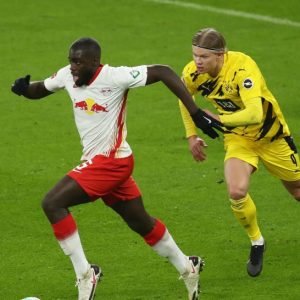 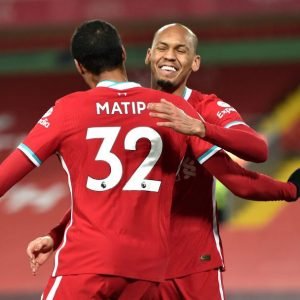