Liverpool have been extensively linked with a move for Red Bull Salzburg ace Karim Adeyemi recently.

The Reds were initially credited with an interest in the 19-year-old alongside Bayern Munich and Barcelona.

Since then reports have claimed that the Anfield club could move in January for the teenage forward.

Football journalist Ekrem Konur has taken the speculation one step further by claiming on Twitter that Liverpool will ‘hold talks’ over the move this winter.

Adeyemi was in the heart of the action earlier this week, winning three first-half penalties as the Austrian Bundesliga club drew 1-1 with Sevilla.

On the back of a first cap and goal at the senior international level, the versatile forward has scored seven goals and provided two assists in the opening 11 games this season.

Valued at £18million and under contract in Austria until 2024 (Transfermarkt), signing Adeyemi would likely cost in excess of £20million in January.

Already a multiple trophy winner despite his tender years, Jurgen Klopp would love the opportunity to further develop the young German’s skillset.

Capable of playing anywhere across the front three, Adeyemi has been described as being ‘direct, intense and explosive’ in a report from Football Talent Scout – attributes that would perfectly fit Klopp’s side.

Often adverse to a January move, Liverpool could be hoping to repeat the trick that saw Takumi Minamino also make the switch from Salzburg in mid-season. 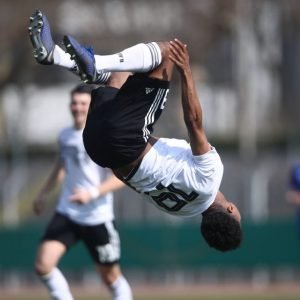 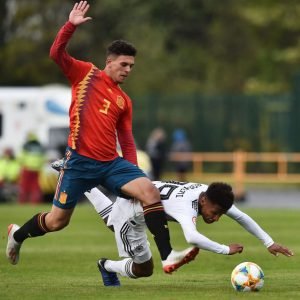