Liverpool have been heavily linked with Red Bull Salzburg forward Karim Adeyemi in recent weeks – with the possibility of a January move mooted.

The 19-year-old has burst onto the scene in Austria this season and continued to dazzle in UEFA Champions League action this week.

Winning a record-breaking three penalties in the first half against Sevilla, it’s no surprise Adeyemi has attracted interest from the Reds, Bayern Munich and Barcelona.

Now, in an interview with Spanish outlet Marca, as cited by Liverpool FC News on Twitter, the talented teenager has been discussing the plan for his own future.

If (Bayern) made me an offer, I think I would choose that path. I want to show them what I can do, who I am and that it was a mistake to let me go. That motivates me.

Signed as a youngster by the German giants, Adeyemi was allowed to leave after just two years before spending six years at SpVgg Unterhaching prior to making the switch to Austria.

Since then the versatile starlet has broken into the first-team in Salzburg following a 15 goal and 12 assist loan spell at second-tier side FC Liefering.

Described as being ‘ice cold’ in front of goal by German manager Hasni Flick following a goalscoring debut, Adeyemi would appear to have the world at his feet.

Signing an additional attacking option has to be under consideration at Anfield as soon as the January transfer window.

With Harvey Elliott likely to be out beyond the winter months, as well as Sadio Mane and Mohamed Salah heading to AFCON, Jurgen Klopp is going to be stretched to the limit of his squad.

Adeyemi can operate across the frontline and has all the attributes required to slot straight into Klopp’s side.

Therefore the German boss will hope Bayern don’t make that aforementioned offer for the £18million valued ace (Transfermarkt) and leave the path clear for Liverpool to strike. 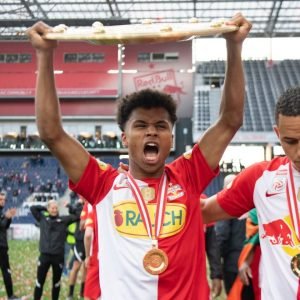 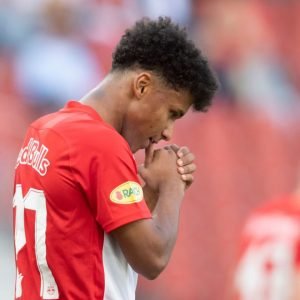