The 22-year-old has been linked with the Reds, Arsenal and West Ham in recent months and seems destined to leave Portugal in the near future.

On this occasion, it’s the Anfield club that is most heavily touted as the favourite to land the prolific Uruguayan.

According to a report from Portuguese newspaper O Jogo (via Sport Witness) and as cited on Twitter, Liverpool will need to shell out a hefty sum in order to raid the Primeira Liga side.

Darwin Nunez war will break out in the summer transfer window.

Liverpool is the closest team to this transfer. pic.twitter.com/xD9zboqlzZ

The report claims that the Reds will need to pay €65million (£53.8million) in order to bring the eight-cap Uruguay star to Merseyside.

So far this season, Nunez has scored 25 times and provided two assists in 30 appearances across all competitions.

Valued at £28.8million and under contract until 2025 (Transfermarkt), signing the frontman for the mooted fee would be a superb piece of business – even at this price.

Predominantly a central striker, Nunez can also operate out wide as well as in a false nine role, making the Uruguayan the perfect successor to Roberto Firmino.

Having amassed an impressive 77 direct goal contributions in just 128 career outings, Jurgen Klopp should be doing everything possible to raid Portugal once more following the capture of Luis Diaz from FC Porto. 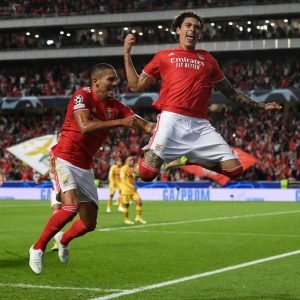 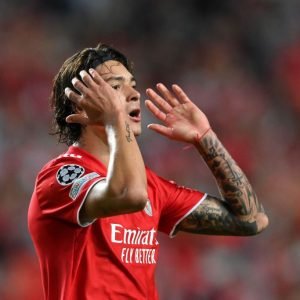