Liverpool have reportedly placed Watford winger Ismaila Sarr on their ‘list’ of attacking transfer options ahead of the summer window.

The Reds were heavily linked with a move for the 24-year-old prior to the arrival of Diogo Jota in 2020 and could be set to rekindle their interest at the end of the season.

Sarr has since been promoted back to the Premier League with the Hornets and is impressing in the top-flight once more.

According to a report from Fichajes, as cited by Football365 on Twitter, Liverpool are still keen on the Senegalese ace.

The report claims that the 39-cap star has ‘no intention’ of signing a new deal at Watford and Jurgen Klopp likes the star ‘most’ out of the options.

So far this term Sarr – described as a ‘freak’ by Ben Foster – has scored five times and provided one assist in 16 league outings.

Valued at £24.3million and under contract at Vicarage Road until 2024 (Transfermarkt), signing the Senegalace forward would be a viable venture for the Reds financially.

Capable of playing across the frontline and with a host of outstanding attacking attributes, Sarr is a Klopp player in waiting when it comes to raw ability.

Should relegation-threatened Watford suffer the dreaded drop, there is also the distinct possibility that Liverpool could snatch Sarr for a cut-price fee. 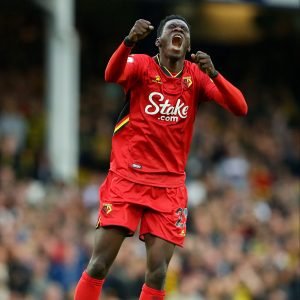 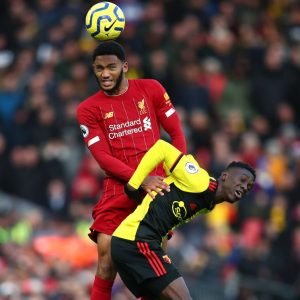