Liverpool have been named as a ‘dangerous competitor’ in the race to sign Watford winger Ismaila Sarr.

The 24-year-old ace has been linked to the Reds previously and it would appear that the interest remains.

However, there may now be fierce competition for the Senegal international’s signature as AC Milan also attempts to sign Sarr.

According to a report from Corriere Dello Sport, as cited by LFC Transfer Room on Twitter, Liverpool are still in the mix.

🇸🇳❗️AC Milan see #Liverpool as a ‘dangerous competitor’ as they try to sign Watford's Ismaila Sarr this summer.

Sarr's agent has confirmed that he will be leaving Vicarage Road at the end of the season.

The report claims that the Reds will be in the ‘footsteps’ of the 39-cap star in the summer transfer window.

So far this season Sarr – who was described as a ‘freak’ by Ben Foster due to his blistering pace – has scored five times and provided one assist in 16 Premier League appearances.

Valued at £24.30million and under contract at Vicarage Road until 2024 (Transfermarkt), signing the electric Senegalese forward could prove to be an expensive venture.

But, should Watford suffer relegation a move seems inevitable and the London club may be forced to cut their losses and cash in.

Possessing strong dribbling and finishing, as well as raw pace, there is clearly something to work with in the right-winger and Jurgen Klopp would relish the opportunity to improve yet another rough diamond. 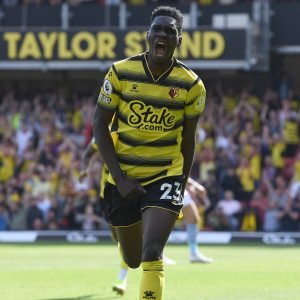 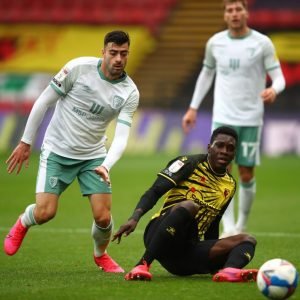